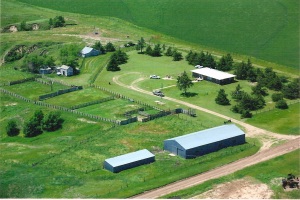 Mid-morning on the Friday nuzzling up to this past weekend that difference began crawling out from under a rock. My sister-in-law, Shelley, called telling me that Kelly would be picking me up early that afternoon and hauling  my carcass out to their place.

The young lady showed just as Shelley had said in a dark blue and fairly new Mercedes. As I folded up to fit in, I was afforded the first opportunity to catch sight of Brandon’s fiancee. His mother, Shelley’s voice had betrayed a touch of enthusiasm about her fortunes. I had know about the girl and their decision, but only then did I have the opportunity to meet her.

From that point on, I found myself pleased, across the weekend, with this evolving mixture of people. Carting me along was a young lady who’d earned her B.A. and yet was taking additional pre-med classes. She also proved to be a lady who wanted to read from my latest copy of Scientific American Mind. Things like this put her right in the mix of people I love being around. On top of that she’s another of those cute little girls I love to cluster up around my daughter. Yah, the dad in me connects with and encourages young ladies to group up with Jordan in her part of my mind.

Unfortunately, I forgot to take any pictures of those few marvelous escapades with a young lady who’d not really spent time on a farm. So, let’s just pick up on her first run with an ATV. Kelly had ridden the four wheeler over the hill and we were waiting for her return. I suppose it was at least a good five minutes before we saw her walking back over the little hill. Of course, Brandon took off on the run toward her. It was another good 10 minutes before we saw the two of them riding back over the hill on the ATV.

Of course we had imagined every kind of mishap but none of those proved true. She had tried everything except to shift the device into neutral to restart it. So then, her only problem was in getting the device to carry her back. The best part of this little fumble was the attitude the young lady showed us. She was able to laugh like the rest of us about it.

At least, this weekend exposed several qualities in this young lady capable of making me hope the two of them wed. Even my daughter has had little trouble in getting me to see the current man of her life this way. All I can imagine this child was truly capable of wasn’t tapping into my own bias. If she really does become an MD than the two of us can carry on many heavy conversations over the years to come.